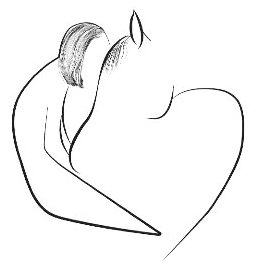 Sometimes, the solutions to our deepest problems come from unlikely places. At least that’s what Lynne Bryan Phipps, founder of Beachwood Center for Wellbeing, would tell you. Her vocational journey, as both a RISD-trained designer and an ordained minister, has come together with an overarching desire to help people find healing and hope in the midst of life’s difficulties. At Beachwood, she is making this happen for those suffering from stress and stress-related illnesses with some unexpected collaborators — horses.

The journey to founding Beachwood Center starts in 2013, when Lynne first created an online magazine called Inspirited Living. In the wake of the 9/11 attack, Lynne saw the rapid spread of anxiety locally and nationally, and wanted to create a platform where people could find inspiration and support through sharing stories of hope and endurance. On Inspirited Living, Lynne developed videos and online courses, which grew into a virtual community for those who wanted to implement these principles in their own lives.

Inspirited Living’s success made her aware of how unhappy and disconnected many people felt. She wanted to reach beyond providing inspiration virtually and find ways to help people heal. “As a designer and minister, I’m both a people person and a trained observer,” Lynne says. “I wanted to find a way to get to the root of the anxiety and depression people were experiencing. It became a design problem for me.”

“The horses are a phenomenal mirror. They will show you the walls you’ve built within yourself, as well as when those walls come down.”

Lynne realized that a key part of her own journey of healing was tied to her relationship with horses.  An equestrian since childhood, she began to see how each horse had helped to develop and to heal different aspects of herself.  She wondered if her own experience with horses could be shared with those struggling with stress and stress-related illnesses. “The designer in me wanted to find ways to prove it actually makes a difference,” Lynne says. “If we can measure it, we can say that it is really happening.” From there, Lynne began to develop the Beachwood Center’s unique protocol of Integrative Equine Therapy (IET).  Beachwood opened its doors in Wakefield, RI, in 2017.

At Beachwood, clients dealing with issues such as anxiety, depression, or PTSD are led through 90-minute sessions with a horse and a trained therapist. There is no riding — instead, clients and horses interact freely on the ground, and the horse’s reaction to the client helps to guide the therapist in the session. “The horses are a phenomenal mirror,” Lynne says. “They will show you the walls you’ve built within yourself, as well as when those walls come down.”

Beachwood’s methods have been shown to be immensely effective compared to other more conventional therapies, with successful case studies ranging from veterans suffering from PTSD to young children struggling with panic attacks and anxiety disorder. Their success has drawn the attention of observers from Brown University, who began collecting data in 2017 and who have noted consistent decreases in depression, anxiety, and stress from those who have participated in Integrative Equine Therapy.

Although Lynne had run small businesses throughout her career, she knew additional support and resources were needed to ensure Beachwood Center was headed in the right direction for long-term impact. “When we started, I was still figuring out what the Center should look like, and there were so many questions that needed to be answered,” she says. As a longtime RI resident, she was aware of SEG’s reputation for helping social entrepreneurs. She was selected for SEG’s 2017 Impact Accelerator and was excited to learn all that she could about growing her organization.

“There is so much outside of your control when starting a business, but going through it with others makes it feel possible.”

“The Accelerator helped me create measurable goals, formalize a lot of what we were doing, and think strategically about the future,” Lynne says. From developing a clear vision for growth to solidifying her marketing plan, the workshops and one-on-one advising throughout the program helped her to connect all of the moving parts that went into Beachwood. In particular, a workshop on business model design helped her decide to make the Beachwood Center a nonprofit. Considering both the high overhead costs of maintaining horses and her desire to make her services accessible to clients regardless of their ability to pay, this seemed like the right way to go.

Overall, Lynne credits the SEG network of advisors along with her fellow cohort members as the most valuable part of her experience. “It is a great place to throw ideas out there and explore,” she says. “There is so much outside of your control when starting a business, but going through it with others makes it feel possible.” Three years later, Lynne is still in regular contact both with her coach and the five other graduates of the 2017 Accelerator, frequently calling on them for advice, feedback, and encouragement.

Beachwood Center continues to grow and impact the lives of its clients. As its reputation has grown, Lynne has thought strategically about how to expand the operation. Rather than continue to make the Rhode Island location progressively larger, Beachwood has landed on a model of opening more localized centers throughout the country and has developed a certification program to help others take it to their own communities. Beachwood opened a new center in Wellington, Florida, in 2019, and is currently working on a location in New Hampshire as well. While the original RI location will continue to be a central training center for therapists, the hope is that new Beachwood locations will grow all over the country.

As Brown continues to grow its work at Beachwood, studying the efficacy of IET, Lynne and Beachwood’s staff look forward to working with foundations and granting bodies to make IET available to everyone, whether or not they can afford treatment.  “The faster we help people heal, the sooner they can be confident and productive members of society,” says Lynne. “The more therapists and locations we have available, the more accessible treatment becomes, especially with COVID-19.”