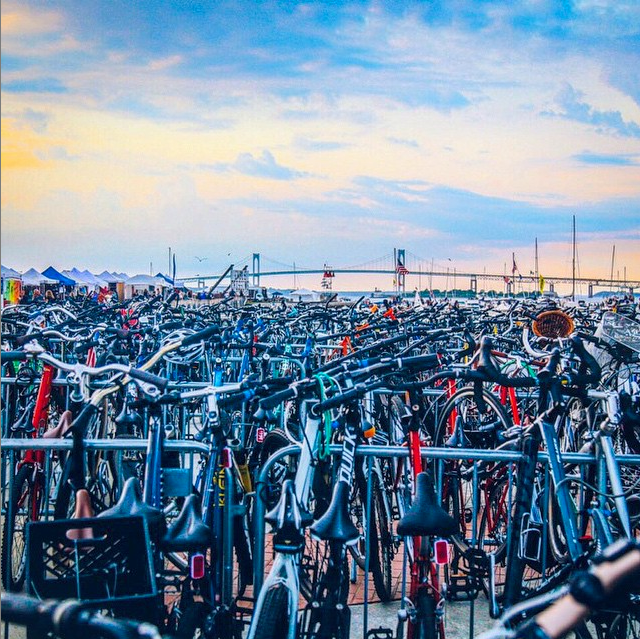 The service was listed on the festival’s website and 3,369 cyclists took advantage of the opportunity to conveniently and securely park their bikes. According to Bike Newport Executive Director Bari Freeman, this was the highest percentage of bike users at a festival in the United States. 12% of all festival goers biked to the festival.

Less than 1% of people bike to work in Rhode Island, by comparison. The high number of bicycle commuters to the Folk Festival demonstrates that Rhode Island is equipped to become a more bike friendly community. Organizations like Bike Newport and the Rhode Island Bicycle Coalition are instrumental in promoting cycling and improving the overall quality of life in Rhode Island. 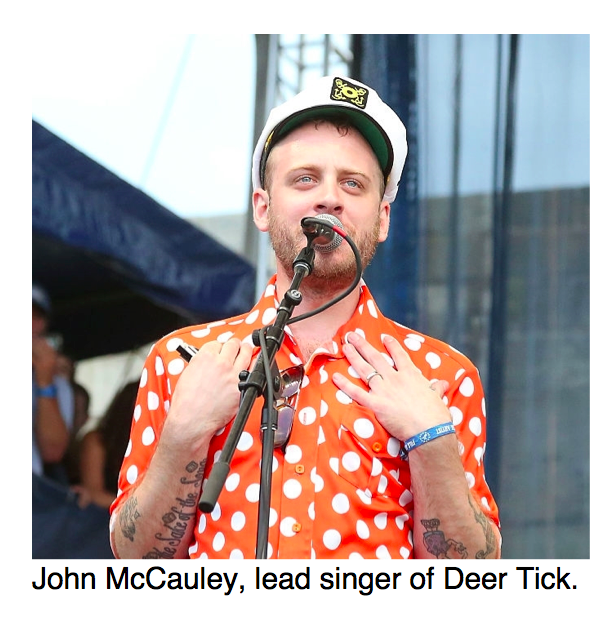 John McCauley, lead singer of the band Deer Tick, also biked to the festival this year.

As the Social Enterprise Greenhouse University Initiative Director, Cayla helps college and university students get involved in social enterprise. The University Initiative is a program funded by the Blackstone Charitable Foundation Innovation Grant to retain students and recent graduates in Rhode Island through enabling them to work on and in social enterprises. Learn more about Cayla here.