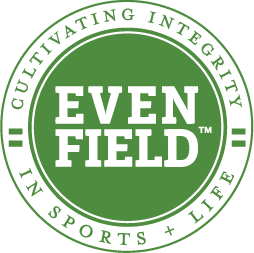 Until recently, Chuck Wilson never imagined he would one day run a nonprofit. As a veteran sports broadcaster, Chuck spent 17 years working with ESPN radio covering sports and professional athletes. Today, Chuck is Founder and Executive Director of Even Field, an organization that brings sportsmanship back into sports. Even Field works with kids, parents, and coaches to educate them on the values of sportsmanship.

Chuck’s journey to start Even Field began in 2013. Through reflecting on his career in sports as a media personality, Chuck realized the need to bring ethics back into sports, starting with kids. We’ve all see it: soccer moms yelling at their sons from the sidelines, dads heckling their son’s competition at little league baseball games. For Chuck, these interactions are more than a pestilence. Chuck sees theses interactions as the root of a larger problem. This blatant disregard for sportsmanship at the lowest levels permeates up the ranks for major league sports and influences how kids and athletes position themselves in life. After all, how can you be expected to be honest and fair in life if you’re not even honest and fair in sports?

(Even Field Founder and Executive Director, Chuck Wilson, on site at Classical High School in Providence working with youth in sports.)

In October, 2013, Chuck decided to put his thoughts into action after leaving ESPN. He filed as a nonprofit in the state of Rhode Island and got to work. In search of help, Chuck reached out to Social Enterprise Greenhouse in January 2014. That same month, he participated in a series of workshops and mentoring sessions that enabled him to pursue 501(c)3 status, which would enable him to accept tax deductible donations. As Chuck recalls, “Social Enterprise Greenhouse connected us with attorney Jack Partridge of Partridge, Snow, and Hahn. Jack was generous with his time, giving us helpful suggestions in a review of our 501(c)(3) application. He later provided valuable guidance as a mentor at the 2015 SEEED Conference.” Social Enterprise Greenhouse also became Even Field’s fiscal sponsor on May 12th, 2014.

Chuck submitted Even Field’s 1023 application for 501(c)3 status on November 7th, 2014. Seven months later on May 13th, 2015 Even Field received their 501(c)3 status. A seven month turnaround is not unheard of for 501(c)3 filings, but it’s rare. Chuck attributes the smooth process to Social Enterprise Greenhouse.

As Chuck’s son and Even Field’s Digital Strategist, Michael Wilson, notes, “For a person who doesn’t necessarily have a rich business background, but has a drive to do good, Social Enterprise Greenhouse was instrumental in shaping the business model Chuck needed to move forward. That was greatly beneficial to us as an organization. We knew what we wanted to achieve, but we didn’t know how to get there.” 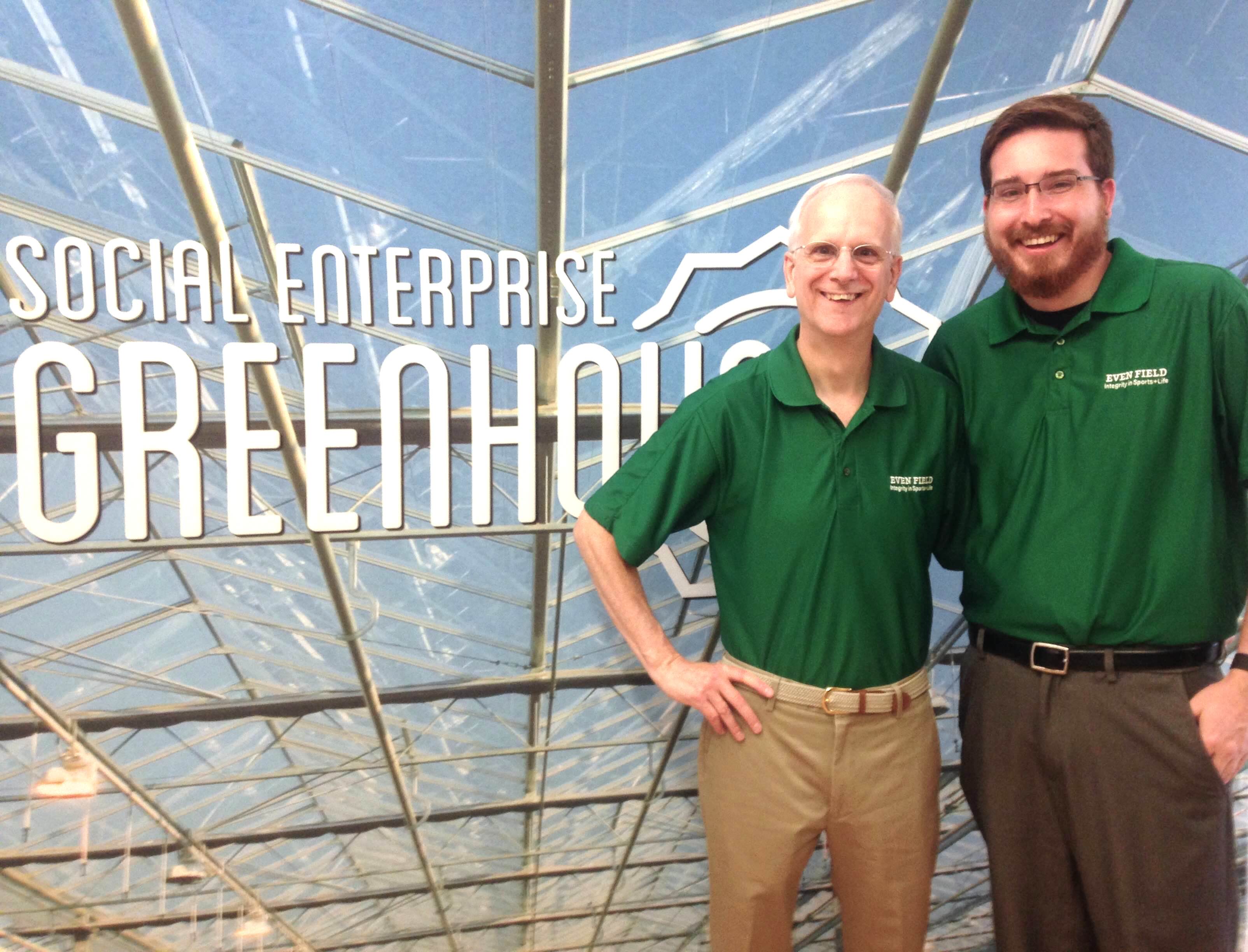 Michael goes on to say, “Before Social Enterprise Greenhouse, Even Field was very raw. We were trying to get organized. Now, we have direction. Through the mentors and board members, we’ve progressed from being full of ideas to being a functional nonprofit. Social Enterprise Greenhouse played a big role in giving focus to how we can take good intentions and turn it into action.”

Even Field plans to continue to work deeply in Rhode Island and to expand to New England and nationally. They are currently working with the New England Patriots Alumni Club with their Football for You Clinics across New England. The non-contact clinics teach middle school and high school kids the fundamentals of football in a positive environment. Chuck speaks at all of their youth events and to the parents, in particular.

For more information, visit Even Field’s website here or take a look at the below video.

As the Social Enterprise Greenhouse University Initiative Director, Cayla helps college and university students get involved in social enterprise. The University Initiative is a program funded by the Blackstone Charitable Foundation Innovation Grant to retain students and recent graduates in Rhode Island through enabling them to work on and in social enterprises. Learn more about Cayla here.