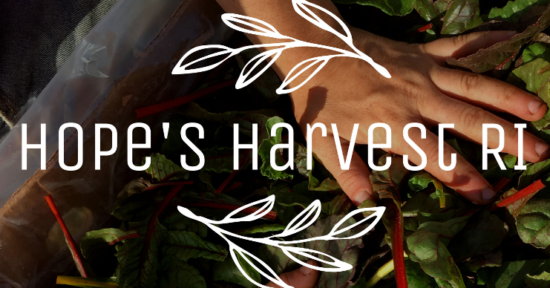 Eva Agudelo knows farms and farmers. From her early work in Bellingham, Washington, administering a program that paid farmers to grow food for hunger relief agencies, to her current position as founding director of Hope’s Harvest RI, Eva has been at the center of systems that focus on connecting hungry people with fresh, local food. Hope’s Harvest RI, which she started in 2017, mobilizes volunteers to fan out into farmers’ fields and recover fruits and vegetables left behind after harvest, a process traditionally known as gleaning. The gleaned food is then brought to food pantries and distributed to people in need.

Considering Eva’s career trajectory, founding Hope’s Harvest RI seems like it was meant to be. After moving back east, she earned a master’s degree from the Friedman School of Nutrition Science and Policy at Tufts University and then worked for a series of organizations centered on sustainable farming, farm training, and nutrition incentive projects. She moved to Providence, took a job with the RI Community Food Bank in 2016, and soon joined the RI Food Policy Council. When Rhode Island released its first ever food strategy policy soon afterwards, Eva realized that the state needed a well-organized food gleaning project.

“Most people felt that the reason a gleaning program didn’t exist was because there wasn’t a dedicated person to do it.”

“As I was looking through the food strategy and thinking about what the gaps were in our food system in Rhode Island, I realized we didn’t have a farm-based food rescue program,” she says. “In terms of food waste, the strategy was focused on diversion from the waste stream into composting and anaerobic digestion facilities with not a lot of focus on recovering food for human consumption.”

Eva saw a role to play in filling that gap and began researching alternatives. She connected with regional organizations such as Boston Area Gleaners and Salvation Farms in Vermont. She also embarked on a listening tour with local stakeholders.

“Most people felt that the reason a gleaning program didn’t exist was because there wasn’t a dedicated person to do it,” she says. “People were trying to do it on the side as part of their existing jobs, and it doesn’t work well without an actual coordinated effort because the farmers need to be able to depend on it and the pantries need to have consistency. You really are doing logistics management and filling some gaps in the supply chain that are tricky to fill if you are just doing it on a temporary or volunteer basis.”

Eva stepped forward into that space. She developed a project plan. Then she enrolled in SEG’s 2018 Food Accelerator and began to build out her idea for Hope’s Harvest RI.

“Starting the SEG Accelerator was the motivator for me to actually quit my job and start working on this full time,” Eva says. “I needed to take a leap. The Accelerator was really great in terms of being able to step from something that was very structured – a nine-to-five administrative office job – into some structure to continue to hold me as I was moving into an unknown realm of newness. So having our sessions weekly and having that homework and assignments around creating a business plan and a mission was good. I had done a lot of prework, but the Accelerator allowed me to focus that into language and frameworks that are useful for people who are in a startup phase.” 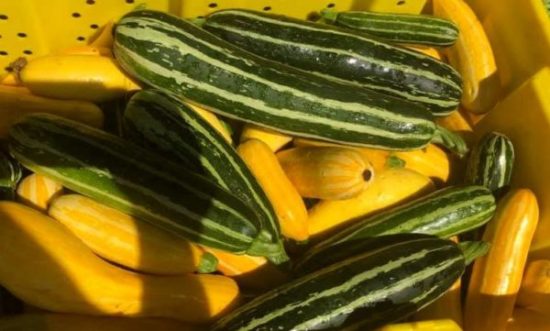 Another important advantage, according to Eva, was the connection to SEG’s network. While she was participating in the Accelerator, she was selected as a finalist for the Carter Fellowship for Entrepreneurial Innovation through the Rhode Island Foundation. “I had to create a proposal and do a pitch to them,” she says, “and there was someone at SEG who had previously received the fellowship. Betsy Santarlasci connected me to that person, who then sat down with me and gave me some advice, and Diane Lynch worked through my pitch with me. There was just a lot of support from people ready to help me in any way.” Eva continues to receive valuable support from her mentor, Katherine Brown, former director of Southside Community Landtrust, who currently serves on her advisory committee.

Eva wound up winning the Carter Fellowship, which is providing her with $50K of support per year for four years. She subsequently gained support from the Claniel Foundation in Philadelphia and is receiving funding from additional foundations and private donors.

“Hope’s Harvest is providing an opportunity for everyone to contribute to creating a food system that works for all of us. We want everyone to have enough, and if that’s just a logistical problem that means we all need to get some fresh air and get a little bit dirty, that’s an easy problem to solve.”

In 2018, Hope’s Harvest RI rescued fruits and vegetables from 17 different local farms. Sixty people contributed 372 volunteer hours. The organization rescued 36 thousand pounds of food, and according to Eva they aim to double that amount this year. Every type of local food is represented in the haul – apples, chard, kale, potatoes, melons, a lot of butternut squash. It goes directly to food pantries or back to the packhouse for temporary storage at Farm Fresh RI, which presently serves as a major partner and fiscal agent for Hope’s Harvest.

Eva is also growing her volunteer base. This year, the Hope’s Harvest mailing list is up to 900 people, with 200 officially registered volunteers. “Being able to do something that is tangible and grounded and has immediate impact and benefit for people is really satisfying and deeply meaningful,” says Eva. “There’s no ambiguity about whether it’s good or not. It’s very clear that you are feeding people who are in need with healthy, fresh, local food.”

Gleaning season is coming on strong, and there’s a lot to do if people want to get involved. “Hope’s Harvest is providing an opportunity for everyone to contribute to creating a food system that works for all of us,” she says. “We want everyone to have enough, and if that’s just a logistical problem that means we all need to get some fresh air and get a little bit dirty, that’s an easy problem to solve.”