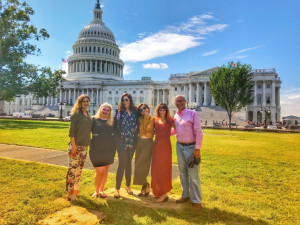 According to a recent news release from Boston Children’s Hospital, on September 26, Impact Accelerator Alumnus, C.O.A.A.S.T., presented ‘Four Legs to Stand On’, a short play inspired by real-life stories of addiction and recovery, in front of Members of Congress at the Capitol Building in Washington D.C.

The program, which was sponsored by Boston Children’s Hospital, consisted of a 35 minute play followed by a talkback session that probed a number of relevant issues, including laws and policies Congress and the federal government can pursue to address the opioid crisis, particularly among children.

The play was created by Drama Therapist Ana Bess Moyer Bell, who wrote the play and founded C.O.A.A.S.T. to help the Rhode Island and greater New England community unite to aid those suffering from addiction with a spirit of understanding, compassion and support. 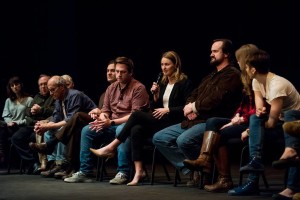 “For thousands of years, theatre has been a vehicle to open up conversation about the unspeakable. This is a perfect example of that. By using a relatable story to move our audiences to understand familial trauma that accompanies addiction, we all are called to social action. In this place we find our own American family and are drawn to empathize and care for them,” said Moyer Bell.

C.O.A.A.S.T. is already making plans to return to the Capitol with a performance of Act 1 & 2.

Join C.O.A.A.S.T. for their Annual Gala on December 14th to learn more about the organization and find out how to get involved. 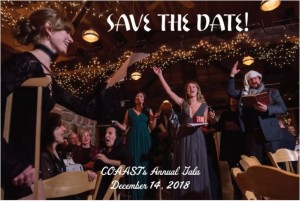 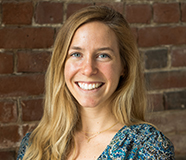 Crystal Rosatti, a Florida native, graduated from Brown University with a B.A. in Economics and Computer Music & Multimedia. Crystal’s experience in social enterprise began at WBRU FM, a non-profit educational workshop, where she interned as a Production Engineer and later became Production Director. This experience shaped Crystal’s understanding of businesses as a vehicle for social good, which ignited her desire to dedicate herself to work that has meaningful social impact. Crystal joined the SEG team in September 2015 and currently manages SEG’s Communications and Water, Energy and Environment Initiative. Given her optimistic nature, Crystal is inspired by creating a culture of environmental awareness through individual action and conversation. You can find her at the SEG Hub touting her reusable coffee mug and water bottle, and you will be able to easily distract her from her duties with a conversation about the outdoors and music.