How inclusive toys can empower kids of all abilities
By: Jessica Kaufman
July 17th 2015 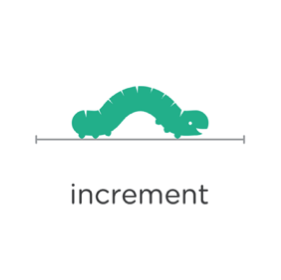 Children with  special needs face barriers to inclusion in schools, health facilities, public transport, and even toys. Of the 2.8 million children in the United States with special needs, 67% attend school. 89% of special needs kids have siblings, yet many of them don’t have toys that they can play with together.

Products that facilitate interaction between those with disabilities and those without can reduce inequalities and support an inclusive society. Cynthia Poon and Maeve Jopson could not ignore the lack of products that foster this interaction. This duo of Industrial Design majors from Rhode Island School of Design (RISD) started Increment, a toy company that focuses on inclusion and open-ended play to inspire kids of all abilities.

Cynthia and Maeve initially saw the need for inclusive products after they worked with Perkins School for the Blind through a Design for Entrepreneurship class at RISD. Therapists and teachers who work with students with special needs often have to adapt toys from the mass market to achieve success. Often, due to limited time or resources, they are adapted with materials  such as cardboard, tape, or pvc. The other option is toys made specifically for children with special needs, which are usually very clinical, unenjoyable for students to use, and stigmatized as being only for kids with disabilities. With therapists, educators, and all of the students they serve in mind, Cynthia and Maeve decided to team up and launch Increment for their degree project at RISD. 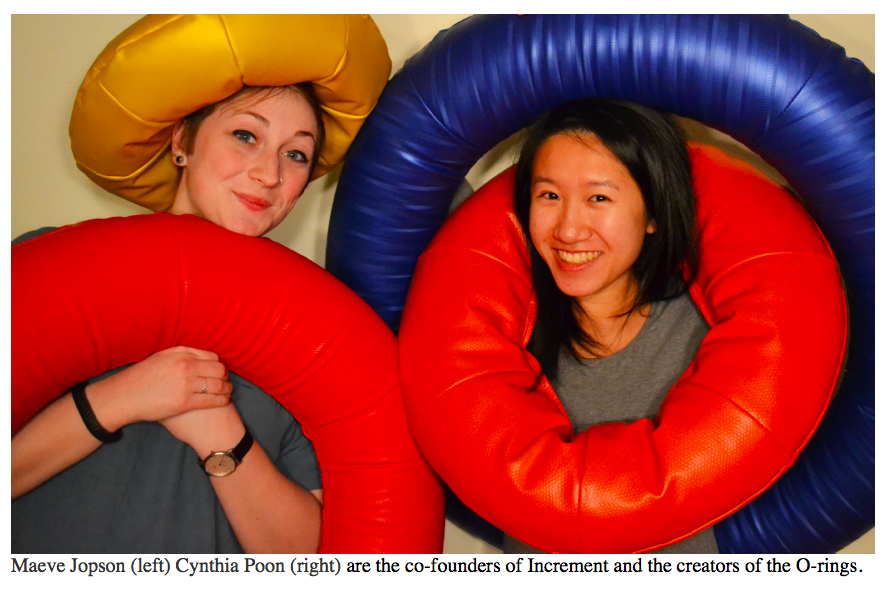 Increment’s first product, the O-Rings, was designed  for a student at Meeting Street School in Providence whose teachers and therapists had difficulty finding toys that the student could use with sisters and friends The O-Rings are a set  of four rings that are all a different color, texture, density and filling. The toy was a runner up in the C77 Design Awards 2014 for soft goods. The product was first tested with the student at Meeting Street School and the experience was surprising, Maeve says, “It was really great to see unexpected outcomes because the student was actually able to sit in them like a rocking chair which we had not planned for. We were thinking her therapist could use it just as a guided tool to maybe sit in, not so much as a gross motor activity which the student got out of it as well.”

Interactions with users of their product is what keeps Cynthia and Maeve going as social entrepreneurs. Cynthia says, “It’s so simple that it isn’t even about the product anymore, it’s more about the values we are focusing on.”

Increment has two main values. According to Maeve , “There is the inclusion piece, but there is also a focus on open-ended play and getting kids to think about something in a different way, to get away from their screens, and to learn how to problem solve and focus on social interaction.”

Two weeks ago, at the Roger Williams Park Pop-Up Play Day, users of the O-Rings took turns hiding inside, they strategized on how to lift the biggest ring, and they learned how to ask each other for help. These simple skills foster social integration and generate problem solving techniques for potential conflicts later on in life.

Maeve describes their relationship with John as “the perfect match”, she says, “We met every week and talked about our business, but not even that, we talked about our emotional struggles and concerns, and being able to have that relationship alongside the academic side of the Accelerator was extremely valuable.”

Since the Social Enterprise Greenhouse Accelerator, Increment has been accepted into the MassChallenge Accelerator in Boston and will complete the program in late October. As a woman-run venture, and also a social venture, Increment feels right at home at MassChallenge. Cynthia explains,“39% of the companies in MassChallenge have women in leadership roles, and in our Women in MassChallenge meeting we noticed that about 75% of them were social ventures. It’s really interesting because we often feel like we stand out in the startup world, as female social entrepreneurs. It’s really encouraging to see more people like us being represented.” 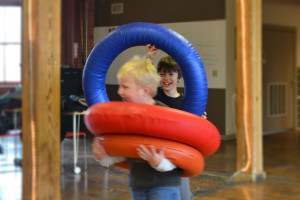 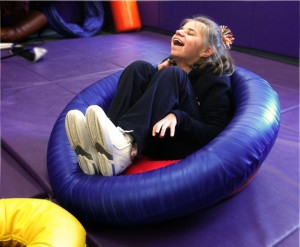 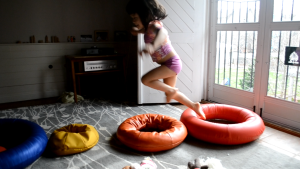 Cynthia and Maeve are currently working with local manufacturers to bring down the cost of goods . Sensation Station, an outpatient occupational therapy office in Warwick, is currently running a Go-Fund-Me campaign to get the O-Rings into their therapy space. Increment is also the fourth public benefit corporation (sometimes referred to as a B Corp) in Rhode Island. [Public benefit corporations have double bottom lines written into their by-laws registered with the state. This allows the company to not sacrifice social mission for profit.] Increment joins Packaging 2.0, the first B Corp in the state, and Worldways Marketing as public benefit corporations at Social Enterprise Greenhouse.

Like most ventures, Increment’s journey wasn’t linear. Their mission-based approach to business is what made the path “feel natural,” as Cynthia says. Maeve says their goal of inclusion is a “time consuming and underserved mission” but they see the impact they can have on kids everywhere, and that makes it a problem worth solving.