Back in February, The Providence Redevelopment Agency and the City of Providence Department of Planning & Development issued an RFP for the city’s “Tactical Urbanism” initiative, PopUp Providence. Conceptualized as “an urban place-making program that introduces interactive, artistic, and cultural displays and interventions throughout the City’s 25 neighborhoods,” PopUp Providence sponsors “quick, temporary, and inexpensive interventions that engage residents, workers, and visitors of all ages, and enliven the City.” Now in its second year, The Providence Redevelopment Agency (PRA) has dedicated $150,000 to support the initiative over a three year period.

West Side resident and Experience Designer at Business Innovation Factory (BIF) Kara Dziobek was already familiar with PopUp Providence when this year’s RFP was issued. A graduate of RISD with a background in architecture for social impact, Kara had long dreamt about collaborating with her creative friends in the city. When she realized no mini golf course existed in Providence, Kara found an opportunity to bring those friends together in this unique project for the city.
Growing up on the shores of Cape Cod, Kara played mini golf every summer with family and friends. On a walk around the West Side last year, she reminisced about those childhood experiences, reflecting on mini golf as an activity transcending age, gender, race, and class. It was then that Kara began envisioning a course on the West Side of Providence that would enable community members to connect with one another in unrealized ways, and funding from PopUp Providence offered a means for her to pursue that idea. One proposal and heaps of collaboration later, PVD Putt Putt was born.

The nine-hole mini golf course was created in partnership with nine local artists and designers, each fabricating a different hole. Designs are intended to illuminate “the immense creative talent that exists in Providence]” and serve as an “activator,” sparking imagination for the potential of underutilized spaces.

Why PVD Putt Putt is awesome
I was an instant fan when I heard about PVD Putt Putt. Playing mini golf was something of a family tradition during childhood vacations to Ocean City, and I particularly loved exploring themed courses. Within the misty jungles of a dragon’s temple I became an extra from an Indiana Jones movie, a seafaring buccaneer on a pirate’s ship, a patron of the arts in a renaissance castle. As an adult, I’m able to appreciate how the ingenuity and resourcefulness required to design an imaginative mini golf course reflect the tremendous talents of Providence’s creative community. Though I arrived at PVD Putt Putt thinking about it only as a temporary art project, I soon came to understand the course as a social venture, vehicle for community engagement, and above all, testament to Kara’s love for this city and its residents.

Kara was generous enough to indulge me in an interview during my time volunteering. Here’s what we discussed!

JM: It’s obvious that you’ve poured tons of time and energy into PVD Putt Putt. What inspired you to create the course?

KD: As a designer, I’m always thinking of different ideas, especially when it comes to underutilized spaces. I’m a West Side resident myself, and like to look at the neighborhood in terms of its potential and how the community could be better. When I realized there was no mini golf course in Providence, I started thinking that I could just make one myself. Once I began shopping the idea to friends I knew it was a winner. People would light up when I told them about it, and I knew they would hold me accountable to make it happen.

I didn’t initially think of this as a business but as an art installation. Now that we’ve been open for a month though, I realize running it is like a second job. When I get home from my job at BIF the first thing I do is think about the course- maintenance that needs to be done, things that need to be ordered. My entire summer has been this [course]. The kids make all the effort and exhaustion worth it though.

JM: You mentioned maintenance. Has that been one of your biggest challenges?

KD: Absolutely. By keeping the course accessible to the public during times when it’s not in operation I expected vandalism, but not for children to be the primary vandals. They’ve done a lot of damage to this course, which has forced me to modify several holes over time. Big Nazo originally designed the ninth hole to be a large bird sculpture with a nest to hold the bird’s eggs, but the kids didn’t treat it with respect, ripping pieces off and using the sculpture like a punching bag- very different than how the hole was intended to be received as an art installation. What’s there now was designed by me. I thought, “What can I take from my house and quickly turn into a hole?” [Gesturing] That was the fire pit from my house, and the kids have loved it. It’s funny that something as simple as a ramp and some rubber ducks has been such a big hit.

JM: It sounds like you’ve relied on some last-minute ingenuity to keep everything rolling smoothly. Through all of the chaos, what’s been your favorite moment?

KD: Conversations with the kids- they’re so spunky and unfiltered. Watching the uniting of families as well. Kids have to be with someone 14 and over to play on the course, and sometimes I have to turn them away because a parent isn’t around. My favorite observation was seeing a father and son who played a round with two boys they didn’t know so the boys would be able to play. For me, that moment exemplified what an all-inclusive space for the neighborhood this has become.

JM: You’re nearing the end of the season now. What have you learned?

KD: Business lessons, parenting lessons, more about designing for the community. I’ve put together a list so I don’t forget! Definitely that it never hurts to ask- this wouldn’t have been possible without a lot of community support. Everyone from members of my church to coworkers at BIF and Providence as a whole have collectively helped make this happen.

The course was initially scheduled to be open through October, but I realized that would be impossible. I wouldn’t have been able to keep up in terms of maintenance or just having the personal energy to sustain it.

JM: It’s amazing that you’ve even had the energy to hold up this long! If you could do it all again, what would you do differently?

KD: I would design it initially as a playground that also functions as a mini-golf course and not vice versa. We use the phrase “Meet them where they are” at BIF all the time, but in this case that philosophy did not benefit the business. I initially had the course located close to the playground, thinking that it was near the farmers market and would draw people in. But the lack of delineation between the course and playground meant kids without a parent or guardian would play on the two interchangeably, and it was impossible for me to implement any kind of crowd control. That added a lot to the course’s required maintenance, so one weekend I enlisted a lot of strong people to help move the course to a lower-traffic area of the park.

Thanks so much to Kara and PVD Putt Putt for their donation to Social Enterprise Greenhouse. Your commitment to using sport, art, and collaboration as creative vehicles for social returns inspires us.

Back to Ecosystem Blog 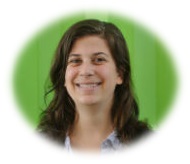 Julie is a meticulous manager of The SEEED Summit, the best darn social enterprise conference in New England (at least she thinks so!). She is also the SEG University Manager, Forum Coordinator, Webinar Czar, and general ace at completing miscellaneous tasks for her social enterprise overlords.

During Julie’s time at SEG, the SEEED conference has grown from 475 attendees to over 600 and university programs have expanded to engage students from 12 universities in activities including internships with social ventures, research projects, quarterly networking events, and club collaboration.

Before she spent her days brainstorming about how to make SEEED a more innovative and collaborative student/intermediary partnership, Julie earned a degree in Political Science and International Studies from Denison University. She enjoys kickboxing, exploring RI’s dive bars, unironically listening to pop music, and the Oxford comma.