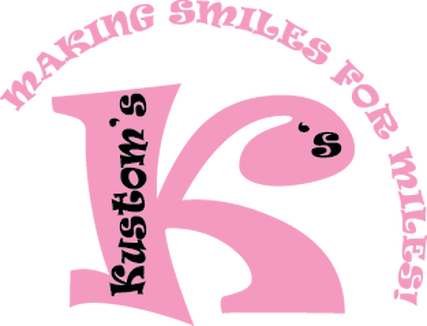 Partners in both life and business, Josh Mello and Rachel Ware are a business team extraordinaire. United by their love for the environment and passion for entrepreneurship, they’ve been building K’s Kustom’s Ride Ons together since 2016. The K in K’s Kustom is inspired by the business’ 9-year old president, Mello’s daughter, Karissa. Karissa has been the inspiration behind a number of Josh’s ventures including K’s Kustom’s Owl and Really Amazing Wearable Designs, also know as R.A.W. Designs.. K’s Kustom’s Ride Ons’ builds, repairs, customizes, recycles, and modifies, Power Wheels and other children’s ride-on toys. In addition, the parts used for K’s Kustom’s are found through upcycling/recycling, renewing and reusing in an effort to reduce the amount of rigid plastic toys in landfills.

The idea for K’s Kustom’s came about when Mello began to share his enthusiasm for the environment with a young Karissa. The father and daughter duo would upload videos to YouTube teaching young viewers how to recycle. Noticing Karissa’s love for battery-operated children’s vehicles, the entrepreneur in Mello manifested yet another environmentally-based business idea; and just like his other ventures, it presented an opportunity for Mello to bond with his daughter. 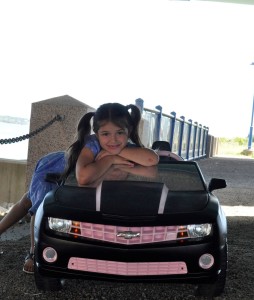 For the first few years, K’s Kustom’s was more of a hobby than a business. Mello loved seeing how happy the vehicles made his daughter and he enjoyed the process of putting the vehicles together. It was when parents in their neighborhood began to ask Mello about his daughter’s ride-on toys that requests for custom ride-ons began to roll in. K’s Kustom’s had begun to gain some traffic. However, it wasn’t enough for Mello to quit his day job just yet.

Mello met his business and life partner, Rachel Ware, about 3.5 years ago. When he shared his, at the time, side-business concept to Ware, she knew Mello had stumbled on something big. With her background in graphic design, photography, and management, Ware quickly became a valuable asset to the growing company. As fate would have it, Mello ultimately had no choice but to focus on K’s Kustom’s Ride’s Ons full-time after being laid off. With Ware and Mello acting as Co-Vice Presidents, and Karissa serving as President their trifecta was now complete. 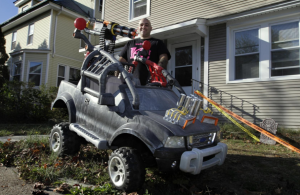 K’s Kustom’s has made impressive strides since 2016. They were apart of Bristol’s annual 4th of July parade where a resident artist at Avenue Concept used K’s Kustom’s ride-on units to assemble their float. One of Mello’s most notable works is his ride-on that he dubs the, “Mad Max Zombie Eliminator,” a Halloween themed creation that earned him an interview with the Providence Journal and the front page of the car section.  Recently, K’s Kustom’s became an international company when they shipped their first parts order to Canada and have also been receiving inquiries from both Dubai and Uruguay. K’s Kustom’s was also one of the 2018 (The Smaller Business Association of New England) SBANE Innovation Award nominees, “we actually first encountered you all [SEG] through this nomination. We were looking for non-conventional sponsorship and funding and was put in contact with Kelly. We felt that our values and SEGs’ aligned.”

Moving into 2019, Mello and Ware show no signs of slowing down! In early 2019, they expect their jewelry line, R.A.W. Designs  to launch with their signature product being the Jean Snap, an invention by Josh. They also co-own RAW (Really Amazing Wearables) and Josh has another invention in the works–“The Booger Buddy,” a puppet used to help young children blow their nose. One thing remains consistent through this power couple’s many businesses, and that is their passion for the environment. “We’re on Rhode Island’s Resource Recovery website where we help out by performing free removals regardless of the condition. Even when parts aren’t usable, we’ll discard them for you, free of charge,” Ware says. 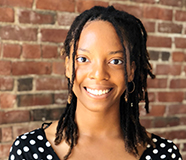 Zara is a 2018 graduate of Wheaton College where her majors were English and Political Science. During her junior year, she went abroad to Senegal, Italy, and China to study African migration and entrepreneurship. It was through this experience that she fell in love with the field of social entrepreneurship. As the Communications Coordinator AmeriCorps VISTA, she will be working alongside the wonderful Crystal Rosatti helping to build and maintain SEG’s relationships with universities, organizations, and other institutions across the state.