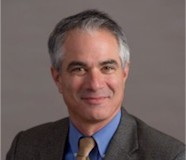 Jim Berson has served in leadership roles at some of Rhode Island’s most respected non-profit organizations for nearly 25 years. A graduate of Brown University, Jim worked for over a decade at The Providence Center, the state’s leading community behavioral health care organization, including four years as COO. He served in similar leadership roles at Meeting Street for seven years, before becoming the CEO of the YMCA of Greater Providence from 2012 through 2016. During this period, Jim also earned his Masters of Public Health from Boston University. Throughout his career, Jim has been actively involved in community based collective impact work, most recently through his leadership of the South County Health Equity Zone and his involvement with the Providence Children and Youth Cabinet. Jim has also served on a variety of boards and commissions, ranging from the Quonset Development Corporation and Rhode Island Business Group on Health to the Rhode Island Interagency Coordinating Council for Early Intervention, where he served as chair for 2 years. Jim joined Fio Partners earlier this year and has taken on wide range of consulting projects, ranging from executive coaching to developing quality improvement and risk management programs. Most recently, he has taken on the role of i, a non-profit organization in the City of Providence that is currently undergoing leadership transition. Jim lives in North Kingstown with his wife and two children, ages 12 and 17.