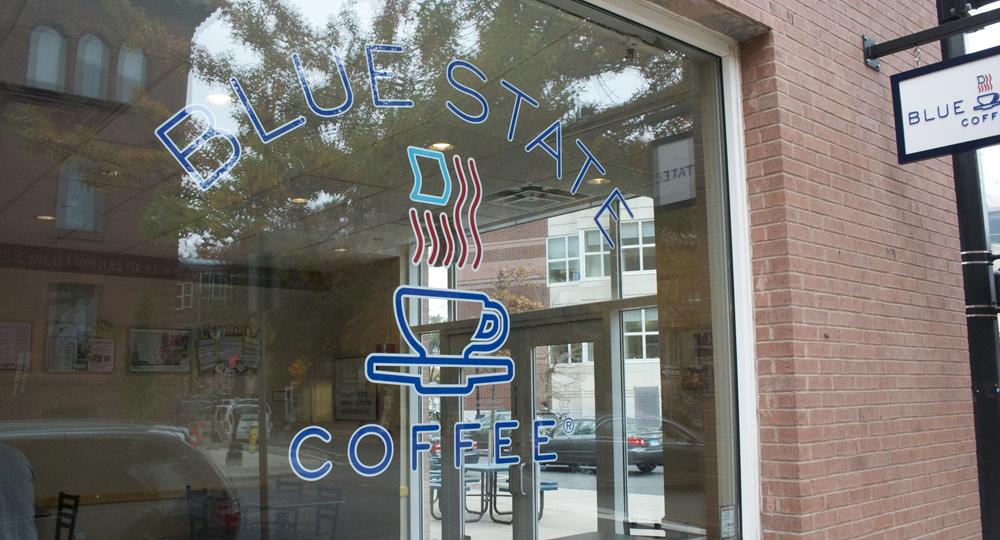 Blue State Coffee donates 2% of their sales to local non-profit organizations suggested by their customers, and from January 2018 to June 2018, Social Enterprise Greenhouse will be one of those beneficiaries. Since their founding in 2004, Blue State Coffee has donated over $800,000 to local nonprofits and focuses on ethical and sustainable sourcing and business practices. This week, our Editorial Intern, Cameron Keegan, interviewed Carolyn Greenspan, CEO of Blue State Coffee on a remarkable fourteen years of community-driven business and social impact. The following conversation has been edited for clarity.

Cameron Keegan: Carolyn, I’d love to hear a little bit about your time at Brown––what did you concentrate in and where did you go from there?

Carolyn Greenspan: At Brown, I concentrated in Political Science and History, and then went immediately to Columbia Law School––in retrospect, I do wish I had taken some time between college and law school. I practiced for about four years, and then I stopped practicing to have four kids in five and a half years. I always joke that I gave up my law career when I had children, but then my oldest child gave me a new career.

CK: While you were practicing law, what did you imagine your career trajectory would look like? Did you ever think you might be starting a business or becoming an entrepreneur?

CG: I never wanted to be a lawyer, truthfully. My dream job has always been to run a foundation and give away money––which is a lot like what Blue State Coffee does, but on a larger scale.

CK: Tell me about your founding story––how was the idea born? As a lawyer with no prior experience starting a business, what convinced you to take the leap of faith and start Blue State Coffee?

CG: It was really all Drew, my oldest son. He did it all––he came up with the idea, he came up with the concept, he created the business plan. My husband and I thought it was so well thought-out and a great idea that we wanted to help him do it. He ran the company himself from the time he was sixteen until he graduated from college, and I worked for him for most of the time. Once we had a brick and mortar store, we realized it was more than he could do just by himself, and I went to work for him full-time.

CK: What were some of the biggest challenges during the first few years?

CG: The first challenge was that we had never been in the retail business and that we knew nothing about coffee, which is why it took a couple years from conception to opening up the first cafe––we had a lot to learn. The coffee, at the beginning, was just a vehicle to give away money. Drew decided that was something people could do as part of their daily lives that wouldn’t require them to do anything different, but it would incorporate this mission into their lives. He was looking for a way for us to become part of the community and be a socially responsible business, so people might say ‘oh they’re doing it, maybe we can do it too.’ At the time, the concept of a socially-responsible business was very new, there weren’t a lot of them out there. We were completely mission-driven and we made a lot of mistakes learning to have a sustainable business model while upholding our mission, but we’ve always believed in the mission. It’s one of the reasons I took it over after he graduated, and it’s now part of our DNA. We didn’t want to give it to someone outside the family, who didn’t share the same vision.

CG: The very first concept was that we’d give away a percentage of profits, and at the start, we realized we didn’t have any profits, so we decided to give away a percentage of sales. We started out at [donating] ten percent of profits, realized that was zero dollars because we were such a new company, then went to five percent of sales and realized it was unsustainable. For a point of reference, a grocery store’s margins [of profit] are two percent if they’re successful, so two percent [of sales donated] is hard, and we have to be intentional about how we do things to be able to give that away. It’s a line item for us in our budget, so it doesn’t matter if we have profits or not, the same way we buy coffee and pay baristas, we give away money. 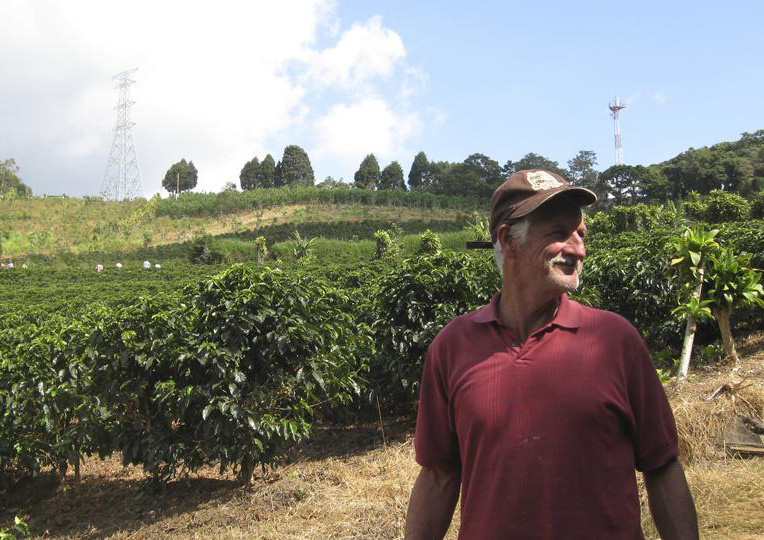 CK: How do you all measure impact besides just the amount of money you donate?

CG: We don’t have criteria set out that we’re checking the box on, but we try to use local suppliers––for example, our milk. Originally, we said we wanted to use all organic products, but most local farmers are not organic farmers. They may be using a lot of organic practices or what we consider to be the best practices of their industry, but they don’t have an organic certification. We made the decision early on that it’s really important to support local farmers more so than a big company that has an organic certification that they have to pay for. As I’m sure you know, there are a lot of issues about whether or not organic means what we think it means. We also prioritize that we want to use all natural products and no additives in the foods we offer and that all of our baked goods are made from scratch. With the coffee, we’ve just gotten better and better at it. We’ve been to origin many times now––actually, our roaster is going in a few weeks to Costa Rica to meet with farmers and choose some of our coffees. A lot of our coffees don’t have any certification. We call it ‘relationship’––we’re going down there, seeing what they’re doing, we’re meeting them, and we hear from the farmers about the best practices they are using.

CK: What non-profits do you donate to? It seems like the common theme is the local focus.

CG: We get the suggestions for the local non-profits we support from our customers, and we give to organizations they care about, so there really hasn’t been one theme that runs through. I like to think we’ve given to every type of organization there is that’s working in the communities––from veterans groups, to literacy groups, to homeless shelters, I think there’s not really one category that’s missing.

CK: Where do you see Blue State in five to ten years? Is there anything in particular from a social-impact perspective you’d like to improve?

CG: We’re always going to try to get better at what we’re doing and be a better community member, but really, we need to open more stores. That’s how you have exponential growth with the money you can give away, and therefore, have more impact. We haven’t opened a new store in a little over two years, and we’ve been looking hard for another location, so hopefully that’ll happen soon.

CK: Are there any existing or new markets that are appealing to Blue State?

CG: Of course, we love our existing markets, we love Providence, New Haven, Hartford, and Boston. Boston seems the most likely but there’s also a lot of competition there––there are a lot of coffee companies there and a lot of them are well-financed and national. It’s hard to compete with some of these well-funded companies. We’d really love to open another store in Providence. We don’t have any parameters about where we would and wouldn’t open––I would love to open [a store] in Dallas, a blue city in a red state.

Cameron is a senior concentrating in Business, Entrepreneurship & Organizations at Brown University and splits his time between Providence, Seattle, and the San Francisco Bay Area. When not pursuing eclectic experiences in the nonprofit and for-profit sectors, he loves running, reading, exploring city vistas, and considers himself a newly-converted podcast junkie.