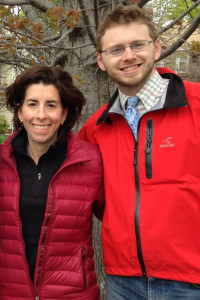 When Alex Krogh-Grabbe graduated from college, he believed -as he still does- that climate change is one of the biggest challenges of our time. Even before his climate policy activism drew him to biking, his preferred mode of transportation, he loved biking around his hometown in Massachusetts. Later, he biked throughout college and he continued biking as he pursued his passion for urban planning in graduate school in Boston. Then two years ago, he moved to Providence and biked around his new home city for the first time, only to realize his mounting frustration at how unwelcoming the city’s streets were to bikers.

Today, Providence  is becoming more bike-friendly, largely thanks to the hard work that Alex has done with Rhode Island Bicycle Coalition, a non-profit that works to make biking safer for and more accessible to Rhode Islanders through advocacy, outreach and education. Alex had already been involved with RI Bike for a while when, in the winter that tied 2014 to 2015, the coalition started considering employing its first full-time paid staff. Alex saw this opportunity as a chance to combine his long-standing love for biking and his commitment to advocacy on the level of urban politics. With his background in urban planning, advocacy and event organization, he knew the job was a perfect fit, and the RI Bike board members agreed.

RI Bike works hard to make biking a more common and comfortable mode of transportation in Rhode Island. The organization does both direct lobbying and project management in collaboration with the state and local governments in order to affect change both in the way people view biking and the way bikers view Rhode Island streets. They conduct outreach events to cultivate a strong and robust biking culture in the state, hoping to increase excitement about biking among residents. The group also targets education as a way to increase awareness and support by having smart cycling trainings. And to get more people on bikes, RI Bike has some upcoming events scheduled for the community: The coalition leads programs such as one called “Bike the Night”, a group biking event that happens at 6pm on the first Thursday of every month. Another project that the coalition is working on is Bike to Beer where bikers will first meet at a designated place, and then all take a nice bike ride to a bar to have a beer together.

Since RI Bike started collaborating with Social Enterprise Greenhouse as a Hub member, Alex says they have been able to start overcoming many of their biggest challenges. He says that having an office space to work out of and have meetings in has been fantastic. “Before this I was working out of coffee shops a lot since we don’t yet have a budget to get our own office,” he explains, but since becoming hub members, RI Bike has made use of the SEG Hub space for meetings, event planning and other operations. “The workshops have also been really helpful, and it’s been really great having the networking opportunity always present, being able to casually run into other people who are entrepreneurs and social enterprise owners. You meet people and then they become friends and you work together,” Alex adds.

Alex is passionate about bicycling not only because it is one of the most sustainable forms of transportation, but also because it is healthy, both physically and mentally. “Even in the winter when the cold air hurts your skin, you ride your bike and you get where you’re going and you take off all of your layers and you say ‘Wow, now I’m awake.’ Then you’re just mentally and physically ready for the day,’ he says. Furthermore, biking is popular among millennials, and it is key for any economy, including Rhode Island’s, that is trying to attract new business to have a biker-friendly urban infrastructure. Thanks to Alex’s hard work, RI Bike’s endless dedication, SEG’s support and the opportunity to collaborate with other SEG members at the hub, that might soon change. 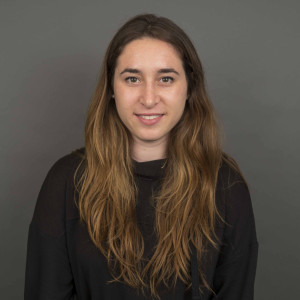