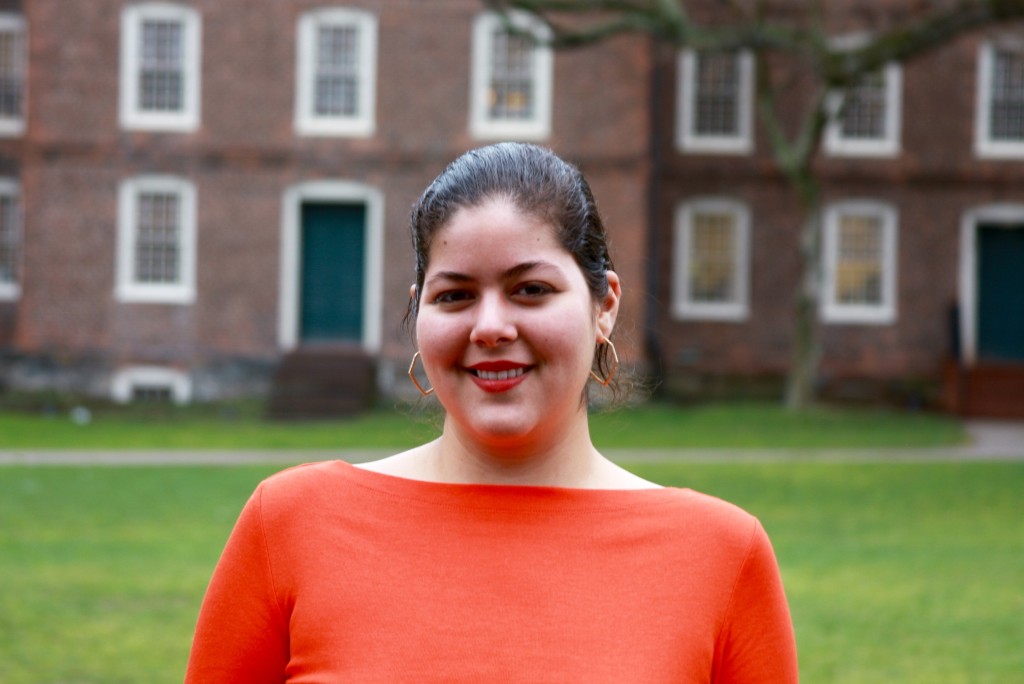 On April 29 and 30 Social Enterprise Greenhouse, in partnership with Brown University, will bring together social entrepreneurs, impact investors, community members and leaders, and students for the fifth annual SEEED Summit. At this year’s summit, whose theme is “Growing Business with Impact,” attendees will have the chance to hear and learn from leading entrepreneurs like Zipcar founder Robin Chase and former Trader Joe’s former President and founder of DailyTable Doug Rauch, as well as leaders like RI Secretary of State Nellie Gorbea and RI Senator Sheldon Whitehouse. As they learn from leaders in the field, attendees will also have the opportunity to support local ventures at the Buy with Heart Marketplace.

The Buy with Heart Marketplace, which brings together socially responsible vendors to drive social change through consumerism, is an example of the important role student organizers have in putting together SEEED. Buy with Heart is organized by Danielle Galvàn Gomez, a junior at Brown studying comparative literature, intern at SEG, and student co-chair for SEEED. Gomez’s involvement with SEEED began for many of the same reasons for which she finds herself at Brown today. Originally a student at RISD, Gomez transferred to Brown because she was attracted to the university’s emphasis on making all work a form of responsible social practice regardless of what one chooses to study. Gomez explains that “even though my major doesn’t necessarily lend itself to social entrepreneurship, that doesn’t mean that people aren’t drawn to social entrepreneurship,” her involvement with SEG and SEEED attests to this.

Gomez sees her work with SEEED as an opportunity to exercise both her passion for art and interest in business. A painting major at RISD, Gomez has always been interested in alternative ways of conducting business, but she explains that this is “not necessarily a practice at school” — Gomez became involved with SEG and SEEED to make it a practice nonetheless. In charge of recruiting the vendors for Buy with Heart, Gomez’s aim is to convene around 40 vendors from all different business paths. “Some vendors have participated in the past, but a lot of them are new this year,” she explains. Gomez sees her mission in convening vendors for SEEED as an extension of the summit’s mission to showcase Providence as a hub of social entrepreneurship, “It’s not just about showing them what they can do, but that they should do it here.”

Amongst the ventures Gomez has lined up for the Marketplace is Slow Factory, a Brooklyn based design boutique specialized in selling printed scarves that bring together high quality prints from NASA’s scientific images with the finest textiles from Italy. Each of Slow Factory’s collections is partnered with an NGO working in environmental protection or human rights. YANA, or You Are Not Alone, will be another venture represented at the Marketplace. Based out of Newport, RI, YANA’s jewelry and accessory products carry positive messages with the goal of eliminating loneliness, a percentage of YANA’s profits go to the YANA Foundation, from there the funds are allocated quarterly to an NGO of a YANA customer’s choosing.

One day Gomez hopes to have a social enterprise of her own. Growing up in Los Angeles, Gomez saw how the city’s art institutions, like the Getty Museum, are inaccessible to many of the city’s communities. Furthermore, “One of the things that really frustrates artists,” says Gomez, “is that in order to be successful and sustain yourself you have to associate yourself with a gallery and are forced to brand yourself in limiting ways.” Gomez hopes to make a difference by bringing together a collective driven by artists for the communities around them, rather than by the commercialized art economy. She hopes to base her venture in Los Angeles, which she describes as an “expansive place. It is made up of hundreds of quasi-cities, neighborhoods and suburbs with people from all over the world. Within all that diversity, though, it can be difficult to find connections or to access everything the city has to offer. As a result, you have areas that suffer from a lack of access to art and social services, things that other parts of the city are abundant in” Gomez envisions her venture as an opportunity to support artists while re-instilling feelings of community, to “get people who are very frustrated and don’t connect with art or with their very fractured communities to connect. That should be part of your life, to engage with people who are not directly next door to you but still your neighbors.”

According to Gomez, students are invaluable to putting the summit together, “SEEED and SEG are organizations that do a fantastic job of directly involving students and the larger Rhode Island community in the work they do.” Beyond an opportunity to become directly involved with the social enterprise community through the Marketplace, Gomez sees SEEED as a chance for inspiration: “The conference is not just geared towards students, it’s for people who are building businesses, which may include students, but the conference is going to inspire you, and even if you can’t immediately apply what is going on at the conference, you can still learn and inform the way you buy — which creates social impacts.”
Register to attend SEEED here and visit the Buy with Heart Marketplace at Sayles Hall on Brown University’s campus on Saturday, April 30 at 2:30 pm.