Whether or not Rhode Island retains college graduates is a topic of frequent of frequent discussion among local leaders, policy makers, key shareholders, employers and residents.

These two phenomena are dubbed Brain Drain and Brain Gain. Brain Drain is the outflow of talent for the state to surrounding areas. Brain Gain is the inflow of talent to the tate from other areas. If Brain Drain is true for Rhode Island, then college graduates in the area are deciding to go elsewhere to live and work. If Brain Grain is true for Rhode Island, then college graduates from other areas are choosing to come to Rhode Island to seek opportunities for employment and living.

Whether or not a state experiences Brain Drain and Brain Gain is pivotal for the economic development of the state. Many factors determine which of the two a city will end up experiencing. Cities that struggle from depressed economies and poor living conditions usually suffer from Brain Drain. Conversely, cities with thriving economies and suitable living conditions accelerate Brain Gain and prosper. There are plenty of actions cities can take to accelerate Brain Gain or diminish Brain Drain. These amenities include, natural, social, and cultural environment, along with job opportunities, public and private services, and weather patterns that either attract or repel college graduates. Now more than ever, millennials are looking for an engaged and active community with a vibrant entrepreneurial spirit to be a part of. Rhode Island has the opportunity to foster this environment through social entrepreneurship. Social Enterprise Greenhouse is actively working to make Rhode Island the global epicenter of social enterprise which will help accelerate Brain Gain to the area.

Another inexpensive way for Rhode Island firms to create jobs is to start recruiting employees early on. They can do this by offering internships to high school and college students in the area, particularly over the summer. This way, the students will get more comfortable with a Rhode Island work environment, and will have connections to a possible job opportunity before graduating. This will make it much more likely for those students to stay in the area after graduating, and diminish Brain Drain. In fact, according to a study by Bridge, a economic development initiative in Rhode Island, a Brown University graduate who left Rhode Island after graduating said “If Rhode Island firms started recruiting earlier… and if someone sought me out early, it would have been hard to turn them down.” (34) This highlights the importance of offering opportunities to young kids to familiarize them with Rhode Island working life, and the inability of Rhode Island to provide these types of opportunities.

Brain Drain is defined as “a situation in which many educated or professional people leave a particular place of profession and move to another one that gives them better pay or living conditions, by the Merriam Webster Dictionary. This type of situation is also known as a human capital flight, and skilled migration, indicating that people are making the choice to take their talents and skills elsewhere to pursue their career. Brain Drain is a global phenomenon that occurs in cities all across the United States. A city’s economic development is closely tied to the Brain Drain phenomenon. Cities with struggling economies and poverty often also experience Brain Drain. Larger cities with more robust economies often also experience Brain Grain. When low numbers of graduates choose to stay in a city or area, a downwards spiral resulting in an economic depression follows. Since fewer people stay to become employed in the area, there is less income earned to fund important services. This creates an underfunding of public education. As a result, the quality of education in the city’s public school diminishes, resulting in an increasingly high high proportion of unskilled workers. The overall effect is that companies try not to hire in the area and the cycle continues, as more graduates choose to leave the area seeing the shortage of job opportunities present.

In Rhode Island, many statistics point towards the existence of Brain Drain. Since Rhode Island is located between New York and Boston, two of the largest economic centers in the country, it is easy for college graduates who attended school in the area to leave. A graduate from Providence College said in an interview “I would have liked to stay in Rhode Island, yet there seemed to be a tug to Boston and New York. Almost as if after graduating, everyone was leaving.” (34) Providence has many things in common with New York and Boston. The weather patterns, dialect, and resources are almost the same in any of these cities. Therefore, someone who attended university in Rhode Island would feel quite comfortable moving to one of these cities. However, these trends differ from school to school. Elite private schools with a national or global student base retain fewer graduates in Rhode Island than do public institutions with a more local student population. In 2011, it was found that 80% of students who attend Rhode Island universities leave the state upon graduation (14).  Additionally, only 8% of students who choose to stay in Rhode Island after attending a private institution are originally out of state (14). According to one study, 80% of the 2009 graduating class of Community College Rhode Island (CCRI) said they are going to stay in the state after graduating (14). Conversely, only 6% of the Brown University graduating class of 2010 said they plan to stay in Rhode Island (14). The vast difference in these trends is a result of the difference between the two schools. CCRI is a state school, so almost all of the graduating class would be Rhode Island residents. Brown University on the other hand, is a private Ivy League school, that attracts thousands of students from all over the world. For this reason, many of these students return to their home states or countries after graduating. Rhode Island is home to many private schools like Brown University that attract students from many different areas, so their graduating classes frequently go elsewhere post graduation. Since six out of eleven universities in Rhode Island are private institutions, students are statistically likely to return home and leave the state.

In contrast to Brain Drain, Brain Gain describes the attraction of talent to an area due to its suitable or even ideal living and working conditions, as well as other appealing factors. Brain Gain translates to an overall increase in the number of highly trained and highly skilled professionals in an area. Whether they are living or working in the area, college graduates are good for the local economy Many of the largest cities with the most relevant economies experience Brain Gain as a result of their vast wealth and ideal environment. Cities like New York, Boston and Chicago have some of the largest economies in the country, and therefore have consistently attracted talent to their centers and surrounding areas.

Recently, cities like New Orleans, Raleigh, and Austin have experienced the largest percentage gains in working population (31). College graduates are moving to cities like these for opportunities and relatively high qualities of life with low costs of living. These three cities also happen to have vibrant looking entrepreneurial scenes. Cities like these three use the income they earn to improve various aspects of the cities that make living in the city much more enjoyable and comfortable. If uninterrupted, this results in an ongoing cycle that leads to the expansion and prosperity of a city.

The tide could be changing regarding talent retention in Providence. Statistics may be indicating that Rhode Island is experiencing Brain Gain as opposed to Brain Drain. Rather than losing talent, Rhode Island is attracting and retaining talent. This could lead to a stronger working class from all over that continues to improve year after year. Although many of the students who attend universities in Rhode Island either return home or choose larger nearby cities to live, there are also many who come from all across the country to work in the area.

In particular, downtown Providence is considered the best area in the whole state for business, education and living (30). The area is of mixed-use where young entrepreneurs and businesspeople have a great opportunity to succeed. The United States Census Bureau of Data indicates that in 2010, more than 53% of people who lived in downtown Providence were between ages 15 and 24. This is extremely important because recently college graduates in Rhode Island are young people choosing to remain in Providence and Rhode Island after graduating. Downtown Providence is also known for being an inviting urban setting, with a collaborative culture (30).

There is another key advantage to living in Rhode Island. Other large cities have many opportunities for large corporations to start their business, but in Rhode Island there is a growing niche for small entrepreneurs to thrive and prosper. The small size of Rhode Island gives small business entrepreneurs an unparallelled opportunity to gain market saturation in the community. Compared to New York or Boston, the start up cost for a business in Providence is miniscule (15). When small businesses thrive, more jobs are created.

Statistics show that Brain Drain has defined Rhode Island for the better part of the last century, but recently the emergence of small enterprises and entrepreneurs has been very beneficial for Rhode Island as more and more college graduates elect to stay in the area to either become employed or start a business. According to a Providence Journal study of the United States Census Bureau of data, 1,724 more Rhode Island residents of ages 20 to 29 moved out than moved in from 2006 to 2012. However, in the last few years, evidence of Brain Gain has become much more prominent in Rhode Island. In 2011, the Association of Independent Colleges and Universities or Rhode Island conducted a study to see if Brain Drain was still occurring in Rhode Island. Nearly 10,000 undergraduates and 2,500 alumni at the 11 public and independent colleges and universities in the state participated in the survey. Over 20% of alumni surveyed from the Association’s member institutions remained in Rhode Island after graduation. When the state’s three public institutions were included, the retention rate increased to 33% (7). The evidence that displays the improvement of post graduate talent retention in Rhode Island also correlates with the improvement in Rhode Island’s unemployment rate in recent years. Although the major driving force behind the improved unemployment rate is the post-recession rebound, the improvement of talent retention has also contributed to the result. The unemployment rate in Rhode Island has gone all the way down to 5.9% as of May 2015 after reaching its peak at 11.3% in June 2009 (35). As more and more small enterprises emerge, Rhode Island’s economy will continue to grow, and the city and state will attract more and more college graduates.

This is a chart representing the cities going through the largest increase in Brain Gain. (Source 4)

This map shows the Rust Belt and areas with the greatest change in manufacturing jobs. (Source 24)

This is a comparative graph showing the monthly unemployment rates in Providence, Boston and the US over the last two years. (Source 36)

This is a graph of metro cities in the US and their ability to attract college graduates. (Source 25) 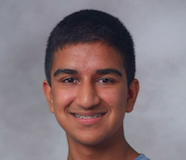 Ani Iyengar is a rising Junior at the Wheeler School interning at Social Enterprise Greenhouse during the summer of 2015. For Ani, social enterprise is a marriage of his aptitude for economics, business and math, and his interest in social justice work through community service.