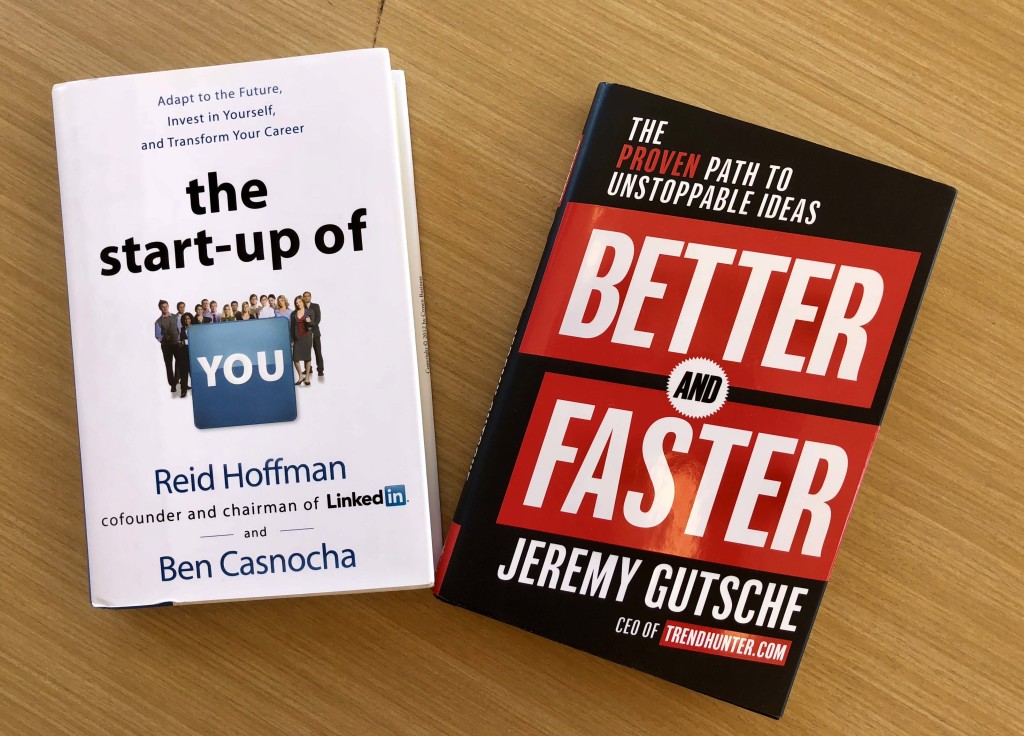 Business has changed from 100 years ago. Gone are the days of working the same Fortune 500 job from college graduation to golden-watch retirement. With technology changing at incredibly high speeds, entrepreneurship is becoming increasingly popular as a way for people to realize their goals.

Many have written books to share their entrepreneurial expertise. Although I am a high school senior, I have made a part time business selling chocolates to friends, family, and my school. I recently read two books to learn more about strategies used by other entrepreneurs. Jeremy Gutsche, CEO of Trendhunter.com, discusses traits many entrepreneurs share in his book Better and Faster. Reid Hoffman, cofounder and chairman of LinkedIn, shares his insights about networking in the book The Startup of You with coauthor Ben Casnocha.

Both books stress that success doesn’t always mean having a predestined trajectory and instantly achieving your dreams. The path is often nonlinear. Better and Faster recalls the story of Jack Dorsey, who got his first job coding at Dispatch Management Services Corp. by hacking into the email of the founder. Afterwards, Jack drifted between small jobs, working as a nanny and a masseuse. He later found a job coding for a podcasting company called Odeo, and after being inspired by the idea of broadcasting text messages, he collaborated with three other colleagues to create Twitter.

Both Hoffman and Casnocha assert that to achieve success as an entrepreneur, one must avoid complacency. Hoffman and Casnocha comment in their book “The moment you begin to take success for granted is the moment a competitor lunges for your jugular” (Hoffman and Casnocha, 15). Both books discuss the failure of the American auto industry as an example of business becoming “too comfortable”. Indeed, the American motor industry clung to decades-old business policies and ignored new “lean manufacturing” competition from foreign car companies in Japan. From 2004 to 2009 General Motors lost sales to foreign competition in part because they did not listen to their customer base. When the recession hit in 2009, the auto industry behemoth filed for bankruptcy.

Each book has a unique point of view about adaptability to avoid fates like that of GM. Hoffman and Casnocha create a “Plan A, B, and Z” model. Essentially, Plan A is about executing a goal you have in mind. Plan B is what a person pivots to when Plan A is not working for them or when they discover a better opportunity than the one they currently have. Plan Z is regarded as a person’s lifeboat, the job that they could fall back to if Plans A and B do not work out. This guaranteed fallback in Plan Z allows entrepreneurs to take risks in Plan A and Plan B. Since the world is always changing, a person should not overanalyze and make a Plan C, Plan D, or Plan E. Both Hoffman and Casnocha agree that entrepreneurship requires risk, but entrepreneurs should always have a lifeboat if they ever need to regroup.

Gutsche, on the other hand, analyzes adaptability through a Farmer vs Hunter model. A “Hunter” is curious, insatiable, and audacious, while a “Farmer” is more calculated and risk-averse. Although this persona has been successful for thousands of years, a “Farmer” can fall into the traps of routine and protection. According to Gutsche, “Farmer” entrepreneurs prefer to stick to old methods and have difficulty responding to the rapid change affecting today’s markets. Gutsche posits that “Farmer” entrepreneurs need to embrace the “Hunter” traits so they can confidently explore new ideas. As an example, The Startup of You discusses how Sheryl Sanberg successfully pivoted to become the Chief Operating Officer of Facebook. At the start of her career, Sheryl worked for the World Bank, went back to school to get her MBA, and then served as U.S Secretary of Treasury Larry Summer’ chief of staff in 1996. In 2001, she took a risk by joining  Google, which at the time was a 4 year old start up. After spending 6 years at Google, she was recruited to be COO at Facebook.

Another key ingredient for success as an entrepreneur is a network of support.  Entrepreneurs can leverage networks to get feedback on their ideas, connect to resources, and connect with peers. In The Startup of You Gutsche refers to networking as “Investing in Yourself.” This message hold true for me as an entrepreneur. Selling chocolate is not a revolutionary idea but it has connected me to chefs across Rhode Island, the RI food incubator, Hope and Main, and board members at Lake Champlain Chocolates and Trader Joe’s. It is crucial to gain networking skills because it connects you to people who expose you to different ideas and opportunities. Entrepreneurs in Rhode Island can reach out to Social Enterprise Greenhouse, a social enterprise incubator and Accelerator that has helped over 400 impact ventures by leveraging their network of over 250 volunteer coaches and advisors.

A prime message from both books is that people do not need to create the latest, revolutionary technology product. Better and Faster remarks that people can capitalize from a present industry and be successful. The Startup of You emphasizes networking to improve not only your life but the lives of those in your networking circle. Achieving your definition of success is a long process. It’s fueled by what you put into it and how you’re able to navigate uncertainty. While you may find yourself off course of your desired goals, consider adapting the tips discussed in these books to your own adapting life. 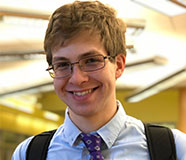 Alec O’del has been running a part time chocolate business, O’Delicious! Chocolates ® since he was 10 years old. He is a senior at Rocky Hill School, and will be majoring in entrepreneurship and emerging enterprises at Syracuse University in the fall of 2018.