This article was originally published by NPQ online, on December 21, 2017 (https://nonprofitquarterly.org/2017/12/21/voices-from-the-field-can-co-ops-displace-the-gig-economy/). Used with permission.

The future of jobs, work, and workplaces is facing rampant transformation. One of the most visible changes has been the rising number of contract workers, who, according to the Freelancers’ Union, number 57.3 million people in the US. That’s 36 percent of all workers! If current trends continue, by 2027, contract workers will outnumber wage workers nationally.

These 57 million freelancers benefit from some aspects of on-demand arrangements, such as flexible schedules. But the negative consequences of the gig economy often overshadow the positives. Contract workers face fewer protections, low pay, lack of job security, and no benefits. For example, the Freelancers’ Union notes that 63 percent of contract workers have to dip into their savings at least once a month, compared to 20 percent of wage workers.

Amid this upheaval, platform cooperatives are emerging as a new type of enterprise. These startups build on the positive heritage of more than 100 years of cooperatives, with a deeply human-centered ethos, and leverage platform technology for scale and sustainability. Stakeholders—users, employees, and other members—govern the company and share in the success.

Platform co-ops are forming in response to formidable platform monopolies. In the West, Google controls search, Facebook and Twitter rule social media, and Amazon leads in e-commerce. You’re probably also familiar with ridesharing services, which are dominated by Uber and Lyft. As Nick Srnicek writes in the Guardian, “Data is quickly becoming the 21st-century version of oil—a resource essential to the entire global economy, and the focus of intense struggle to control it. Platforms, as spaces in which two or more groups interact, provide what is in effect an oilrig for data.”

Platform co-ops offer a mechanism by which users co-own and govern these companies, providing a means for users to protect their data judiciously rather than exploit it through algorithms to maximize profits. Not every algorithm is problematic, of course; most of us, for example, prefer to have private data extracted in order to be informed of traffic tie-ups. But, a platform co-op makes it possible to subject the decisions that are made about when and how to use private data to democratic control.

Platform co-ops also provide a way to share the wealth generated by the data. For example, Uber drivers in Great Britain barely earn more than the minimum wage, yet Uber itself has a market capitalization of close to $70 billion. Presumably, because the profits generated in a driver-owned Uber would accrue to the drivers themselves, a driver-owned Uber would share the wealth far more equitably than an Uber controlled by venture capital investors.

Cooperatives are largely misunderstood, even though they contribute substantially to the economy and to communities. A 2009 study estimated that 30,000 US cooperatives account for nearly $654 billion in revenue. More than 120 million Americans are also member-owners of a co-op, most commonly of a credit union or electric co-op. Yet only 11 percent of respondents could define basic elements of a co-op, according to a 2015 survey.

Fundamentally, cooperatives are businesses owned and run by and for their members. Whether customers, employees, or residents, members have an equal say in what the business does and a share in the profits. Cooperatives work in a variety of sectors and range from neighborhood-based, such as a children’s preschool or grocery store, to multinational.

Many co-ops are major players in their industries. For instance, roughly 900 electric cooperatives in 47 states provide service to over 42 million people. Because electric co-ops are concentrated in rural areas, electric co-op distribution lines provide power to regions that cover almost three-quarters of the nation’s landmass. These companies actively support their communities in addition to providing safe, affordable and reliable power.

Another sector where US co-ops are highly prominent is credit unions, where over 5,000 not-for-profit credit unions serve 112 million member-owners, with assets totaling $1.38 trillion. Cooperatives are often more resilient than traditional businesses in part because of strong relationships with their users. Ace Hardware, the world’s largest hardware retail cooperative, grew to 5,000 locations in 60 countries this year at a time when most brick-and-mortar retailers are facing stalling sales, declining stores, and layoffs.

The founders of platform co-ops are designing alternatives to firms like Uber, Airbnb, and TaskRabbit (purchased recently by Ikea). Uber may be the poster child for digital market disrupters that are swirling in controversy. These controversies include toxic cultures marked by rampant sexual harassment, as well as additional harmful and illegal practices, such as skirting labor regulations and insurance requirements. Uber has been criticized for its poor treatment of contract labor, employees, and customers, along with its negative impact on local communities.

Infused with massive venture capital, these firms seem to pursue skyrocketing growth at all cost. In contrast, platform co-ops aim to reinvest in their users, employees, and communities, and value positive workplace practices in tandem with profitability. Getting platform cooperatives to scale will not be easy, however. Deep-pocketed firms like Uber have raised billions of dollars and have a first-mover advantage. Moreover, one of the biggest challenges with platforms is that name recognition is highly powerful and there is a tendency toward monopoly.

That said, a growing number of grassroots efforts around the globe are challenging this dynamic. For example, Modo is a car-sharing platform cooperative in Vancouver, British Columbia, with 19,000 members. According to board member William Azaroff, Modo is transforming communities by connecting people with places in a way that is affordable, convenient, inclusive and sustainable. Azaroff spoke at The Platform Cooperativism Consortium’s 3rdannual conference at The New School in New York City in November. Approximately 350 participants from more than 15 countries gathered to share and amplify the value of platform co-ops for workers and sustainable communities.

Homecare workers and cleaners are some of the lowest paid workers, with few rights or protections. Up & Go is a site that promotes and schedules on-demand quality cleaning services for several women-owned cooperative businesses. Workers earn $4–5 more dollars per hour than other cleaning-industry workers in the area and retain 95 percent of the income they generate. The workers can build equity as owners, in addition to earning a fair wage. The software platform amplifies the network’s marketing and streamlines customer support.

According to Nithin Coca, writing in Sharable, Up and Go got off the ground with the assistance of multiple grants, including “one from the Robin Hood Foundation, a nonprofit based in New York City that focuses on fighting poverty, and another from the citizenship initiatives program of the multinational British bank Barclays.” According to Sylvia Morse, Up & Go’s project coordinator, “The impetus for launching Up & Go came from our understanding of the marketing challenges facing worker co-ops—along with the Robin Hood Foundation’s research and focus on the impact of the digital gig economy on low-income workers.”

Unions are also playing an important role to support platform cooperatives. Abby Solomon, a union organizer, spoke at the conference about Carina, a nonprofit online platform that connects low-income seniors and people with disabilities with union represented caregivers in Washington state. The project is a partnership between SEIU 775 and the State of Washington. In California, United Health Workers West helped nurses launch the NursesCan Cooperative, a platform for licensed vocational nurses to provide on-demand care options for health care providers.

Another health care startup is Savvy Cooperative, created by two founders who live with chronic illness. This marketplace connects healthcare innovators and researchers with patients so they can work collaboratively to co-create meaningful patient-centered solutions. Jen Horonjeff, Savvy founder, explains why they chose a co-op structure:

Savvy’s mission is to elevate the patient voice and ensure that patients are fairly valued for their contributions to new innovations. We practice this ourselves as a co-op. By allowing patients to become co-owners, it gives them a vote and share of our profits. We believe this encourages a larger and stronger network of motivated patients, which will better amplify the patient voice in the healthcare industry.

Stocksy United is a stock photo platform cooperative founded in 2012 and based in Victoria, British Columbia. Photographers may seem like they have little in common with homecare workers, but they too face challenges getting work and fair prices. Quality is a hallmark of Stocksy’s success; according to Nuno Silva, its Vice President of Product, Stocksy has nearly 1,000 contributing artists who earned $4.9 million in royalties based on revenues of $10.7 million in 2016. A substantial startup loan was instrumental to jump-start this growth. The cooperative structure provides the foundation to run an ethical, sustainable business that is made stronger by its member-shareholders, according to Silva.

Access to capital is another major challenge facing platform cooperatives. The novelty requires a great deal of education among investors, attorneys and other key players. I experienced this challenge personally in my work with the social enterprise Loomio, a worker-owned cooperative that is a platform for collaborative decision-making. Impact investors were enthusiastic about our mission, values, and prospects for growth. But they were unfamiliar with cooperative structure. So, we needed to educate prospective investors. This cultivation resulted in $460,000 investment in 2016. Loomio’s progress benefitted from the maturing social enterprise sector that has nurtured enabling systems such as policies, legal options and investment. The ecosystem for platform co-ops is nascent, so pioneer founders must overcome many barriers.

Do these startups have a chance for breakout success? If Mara Zepeda has her say, they will. Zepeda, co-founder and CEO of Switchboard, instigated Zebras Unite, a grassroots cooperative movement to change the narrative by funding an ecosystem for purpose-driven startups like platform cooperatives. “Zebra” companies differ fundamentally from Silicon Valley “unicorns”—private startups valued at $1 billion or more. Zebras, mostly founded by women and people of color, favor quality over quantity, reward creation over consumption, and seek sustainable growth over quick exits. Zebras are about repair, not disruption.

Zepeda and her allies aim to remedy the astonishing reality that a mere three percent of venture funding goes to women and less than one percent to people of color. The Zebra network gathered recently at DazzleCon in Portland, Oregon to galvanize the movement to create alternative business models that will balance profit and purpose, champion democracy, and put a premium on sharing power and resources. The Zebra network is committed to create a more just and responsible society. These companies will hear, help, and heal the customers and communities they serve.

Trebor Scholz, a New School associate professor and host of the November conference, writes that, “[Platform Cooperatives] can be a reminder that work can be dignified rather than diminishing for the human experience. Cooperatives are not a panacea for all the wrongs of platform capitalism. But they could help to weave some ethical threads into the fabric of 21st-century work.”

MJ Kaplan serves on the board of Loomio, a social enterprise platform that enables collaborative decision-making. MJ is an Associate of the Klein Berkman Center for Internet & Society at Harvard University and a partner at The Ready. She serves as a board member for Social Enterprise Greenhouse andCommerceRI. 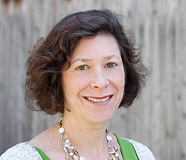 MJ Kaplan serves on the board of Loomio, a social enterprise platform that enables collaborative decision-making. MJ is an Associate of the Klein Berkman Center for Internet & Society at Harvard University and a partner at The Ready. She serves as a board member for Social Enterprise Greenhouse and CommerceRI.